Happy halloween everyone! The changelog is ready.

This update may feel short since we are putting all our effort on the Early Access release which is scheduled for December 2022. Early Access version will most likely have the first 4 weeks (easily over 10 hours) of playable content. And we promise that there’s a lot more to come!

Helloooo!!! It’s autumn now. The summer is over. This is the time when Finland is starting to get too cold once again. We’ve already got some nights below zero degrees Celsius.

The demo is downloadable for free on Steam: https://store.steampowered.com/app/1184250/Finnish_Army_Simulator/

Unfortunately, most of the time was spent making various optimizations, gameplay feel improvements and bug fixes. This will continue in October as well but we’ll do our best to create new content as well in the meantime.

Our current target is to get at least 4 weeks of content ready for the Steam Early Access version which we will hopefully be able to put on sale during December 2022 for around 30 euros! Development will continue after this of course and the major goal is to create the full 6 month experience for the full game release.

Here’s what we’ve done in September:

Woah, August went quickly. Playable demo is coming out in almost one month on Steam. We’re currently implementing content for weeks 4-5 and fixing bugs and improving gameplay for the earlier weeks in the meantime.

Hello there! We are posting this changelog a bit early since the upcoming weekend is already occupied for some other stuff.

It has been clearly the most productive month so far and we managed to create a lot of new service task types to the game. Also some story elements were added in the meantime.

We’ll be participating in Steam Next Fest from October 3rd to October 10th where we’ll be hosting a gameplay live stream and a public demo will be available for everyone to play!

So, let’s see what we’ve done in detail:

As of today, Jeri has temporarily reduced his working hours (at his day job) from 100% –> 60% so that he’ll be able to work more on FAS during July and August. This is a huge win for the project since we are all working on the project on our free time (which is getting short from time to time).

Our Steam Early Access release target is still within 2022 and at that point the game should include Basic Training Period (“P-Kausi”) meaning 10 – 40 hours of gameplay content. Content creation and improving the experience in general will continue after the release. We aim to give more info on the release schedule in the upcoming changelogs as we see how we start to progress with the new allocation.

What comes to the progress made, June was again a bit quieter than usual since the weather in Finland has been surprisingly nice and warm. Our team members have also had some holiday trips during the last few weeks.

Target for July is to completely implement Weeks 2 and 3. We already know that Weeks 4 and 7 will take more time to implement since those weeks include a lot of yet unimplemented tasks. Hopefully we are able to implement also those during August. After that the rest should be quite easy. 😎

During May, we had some testing & demo sessions with our friends & at Nordic Game 2022 @ Malmö. While the feedback has been 99% positive, we feel like we must add things to maintain player’s motivation when doing some of the repetitive tasks. This is a real problem in the army as well so, yeah, we kinda simulate that part well, too! But FAS is a game after all and should entertain the players at least 70% of the time.

Here’s once again the things done: 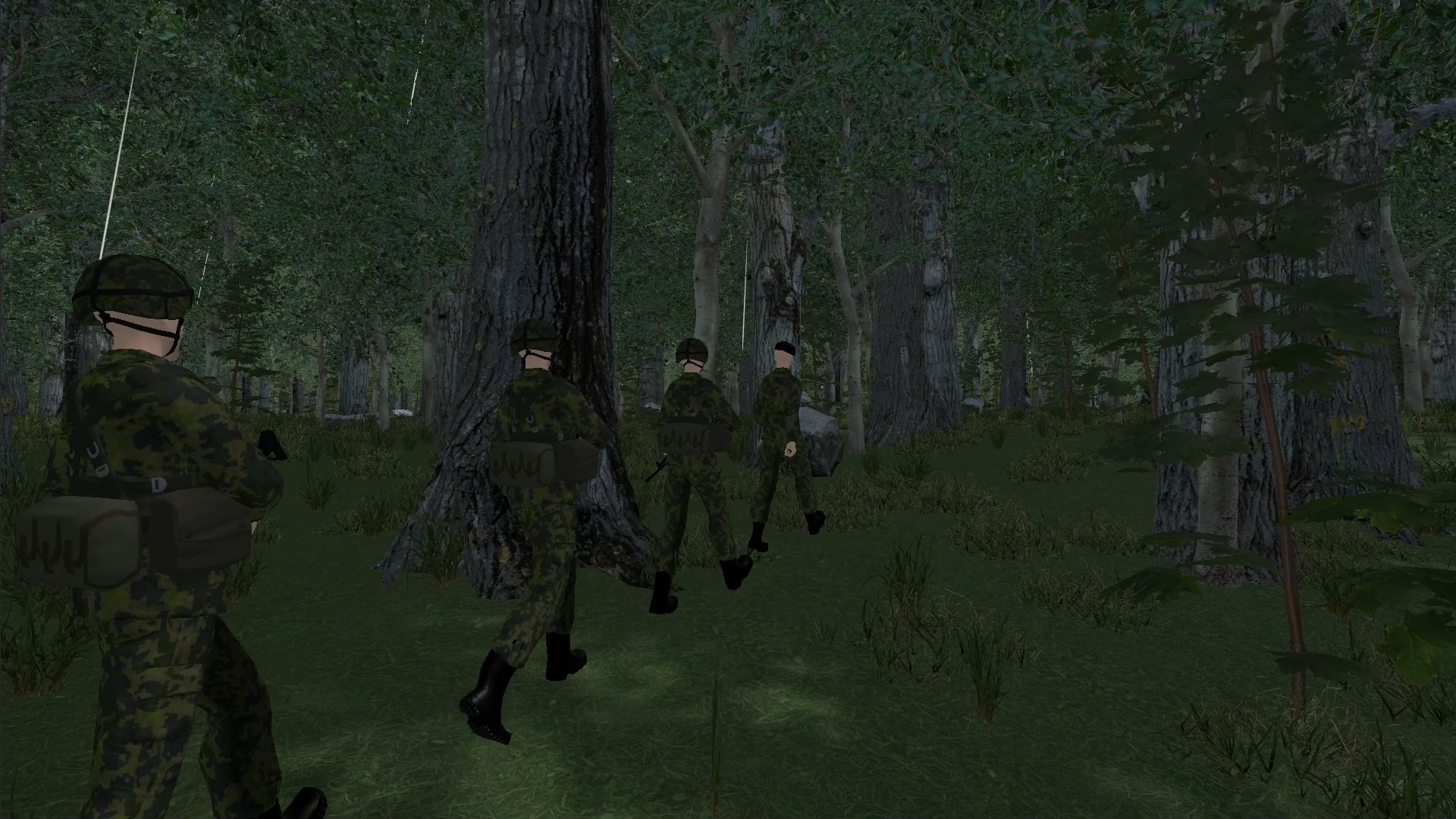 As mentioned in March, April 2022 has ben partially a “holiday month” for us. We have still managed to build bunch of new things & booked two tickets to Nordic Game 2022 @ Malmö (May 17th to May 20th). If you’re going there as well, feel welcome to come by and say hello! Let’s make the Finnish military service globally well known!

During the last few days we’ve been building a new game trailer for the upcoming conference. It should be ready by May 17th at latest and then released on YouTube as well. Our intention is to gather feedback from the international audience as much as possible to ensure that Finnish Army Simulator will provide an entertaining experience outside Finland as well.

We do our best to release days 5-7 for alpha testers during May.

Another month survived & progress made! We managed to unlock day 3 for the alpha testers and soon there is more coming. April will be sort of a holiday month so expect a bit less then, though.

During February we updated the Alpha Tester Steam Build to include Day 2. Days 3-7 are well under way and day 3 may be unlocked this week. As said previously, the upcoming days are a lot faster to implement since we have a flexible core design already existing.

Screenshot yield for February was not huge but there’s some character related at the end. Perhaps March offers a bit more!

Whoa, what a start of a year! We’ve went through COVID (well, 3 of us at least) and other ridiculous diseases (no STDs this time). But now we are back – stronger than ever!!

Btw we got a new Game Designer to design some missing mechanics, attribute & skill systems etc. And of course to improve the existing ones, too. Since he is not a programmer, we now have our first team member to spend most of the time working on the mechanics design on paper.

Sorry alpha testers for still not unlocking day 2 for you. We want to improve Military Drill mechanics until we’re happy with them. Shouldn’t take much longer. After that, days 3-5 should be a lot faster to fully implement so you can expect a bit faster unlocks for those.